Christopher Robin lets Pooh borrow his red balloon, and Pooh swears to keep it safe, no matter what.

Pooh walks up to Christopher Robin’s house, but instead is greeted by Christopher Robin with a red balloon over his face. Pooh falls for the trick and thinks he’s someone else. Pooh asks if he can borrow the balloon for a walk. Christopher, knowing it is in good hands, lets Pooh borrow it. Pooh promises to keep it safe and floats through the forest singing a song.

Meanwhile, Rabbit is having trouble keeping the crows out of his garden. When he sees Pooh passing by with the balloon, he asks if he can borrow it himself, giving Pooh a fresh pot of honey in exchange. Pooh lets him have the balloon, reminding him to be careful with it. Rabbit paints a scary face on the balloon and uses it as a scarecrow. After Rabbit has set the scarecrow up, Piglet comes by and mistakes it for a friend of Rabbit’s. When he gets a look at the face painted on the balloon, though, he runs off, thinking that it’s a monster. Piglet bumps into Tigger, who goes to angrily pick a fight with the scarecrow. When the scarecrow appears to fight back, Tigger tosses Piglet at it, and in the process, he ends up accidentally untying the balloon and letting the air out. Rabbit runs outside and finds that Piglet and Tigger have broken his scarecrow, then panics when he finds the balloon deflated, thinking that it has been popped.

The next day, Rabbit, Piglet and Tigger all try to cover up what happened - Rabbit tries painting a large rock red and tying a string around it to disguise it as the balloon, Piglet puts on a balloon costume, and Tigger tries blowing a big bubble gum bubble. When Christopher Robin comes by and asks what they’re doing, they all confess to popping the balloon, as does Pooh when he shows up with the actual balloon. But Christopher Robin tells them that it’s actually only been untied and deflated, and promptly re-inflates the balloon back to its original size and ties a new string to it, because the old one is gone, and Pooh becomes happy again, and he floats away on the balloon. Then Piglet thinks there’s a monster again, Then Tigger has to save Piglet again, then this time, Rabbit has to stop Tigger and Piglet from deflating the balloon again. Then the episode ends with Christopher shouts, “Hey, come back here, you Balloonatics!”

With the Voice Talents of 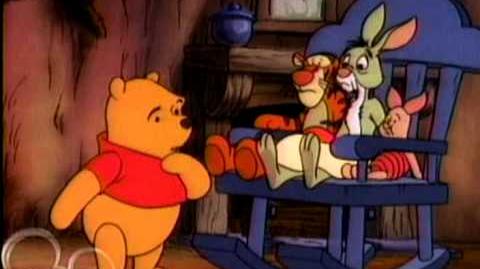 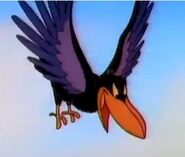