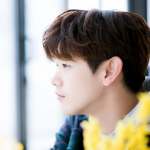 If you need help, and there are no local admins here, you may want to visit the forums on the Community Central Wiki. Looking for live help? Then join us for an upcoming webinar to chat with staff and other Wikia editors. You can also check our Staff blog to keep up-to-date with the latest news and events around Wikia.

What city in Canada do you live in?

Help me out here

Can you please block those naughty people who are disliking Winnie-The-Pooh characters because it muddles me if I say so?

If I see them empty another article again, I'd speak too soon much of a dismay.

If you have a moment, could I speak with you on chat about this wki? I know that there isn't a chat here, so you have any wiki in particular you'd like to use for the chat, that would be fine, or the Harry Potter Wiki is good for me. Just let me know when you're available (I'll be around for a few more hours or so after this message is posted if you're on now). ProfessorTofty (talk) 01:39, September 7, 2012 (UTC)

You're welcome! Oh, and I've also decided to grant myself those same rights on this account. Hope that's okay. ProfessorTofty (talk) 04:56, September 7, 2012 (UTC)

I went through and purged the pages that were marked for deletion and some of the other nonsense floating around that didn't have anything to do with Pooh, though there was actually surprisingly little.

Things that still need to be done:

Oh, I also started the pages for The Mini Adventures of Winnie the Pooh and the upcoming series that I had forgotten the name of before - Tales of Friendship with Winnie the Pooh. ProfessorTofty (talk) 15:26, September 7, 2012 (UTC)

I was browsing the Disney Wiki and I noticed that they have a lot of Pooh content, including pages for most of the characters and most of the films. Do you think that maybe we should see if we could partner with them / try to share content? It would seem there's a massive audience there; it would be great to attract some of that traffic. ProfessorTofty (talk) 04:09, September 30, 2012 (UTC)

Oy, I know what's that like. Well, perhaps I'll just focus on improving the content here for now then, and then see about it once things have shaped up a bit. ProfessorTofty (talk) 00:45, October 1, 2012 (UTC)

I've just gone through and done a general cleanup on pages A-E - fixing up spelling and formatting errors, linking to pages where needed, etc. I plan to go through and clean up the rest of the articles as needed, if you'd like to help, feel free to just dive in. All that's really needed is a basic sweep-through for issues like what I described above - if you have Firefox, it indicates spelling errors for you. Once that's all done, I plan to start cleaning up the categories. There are a lot of redundant categories - for example, if something is a New Adventures of Winnie the Pooh Season 1 Episode, then that should be the only category needed for that page, and that category should be a subcategory of New Adventures of Winnie the Pooh episodes, with that a sub-category of Episodes. ProfessorTofty (talk) 21:34, October 1, 2012 (UTC)

Thanks. I would definitely say let's consolidate the categories on the New Adventures episodes - each episode page really needs to be in only one category, and then the subcategory system would follow as above. ProfessorTofty (talk)

I added a suggestion for clean-up in a Forum, since that's probably a place where more people look (it's obvious from the amount of edits that you (Degrassi Fan) are 'the' editor here, but I doubt many people will look at those stats). My suggestion is to create a pop-up menu, and possible page with an overview of all type of published works (Series, Movies, Educational Shorts, etc.). As a Pooh-newbie, getting to understand what is available is highly non-trivial! MacFreek (talk) 10:51, October 12, 2012 (UTC)

Could someone please move the page Growing up with Winnie the Pooh: All For One And One For All to simply All For One And One For All? The reason is that the DVD is volume 3 of the 5-DVD series "Growing up with Winnie the Pooh" released in the USA, as well as volume 1 of the 8-DVD series "Magical World Of Winnie The Pooh" released in Europe. Other than that, the contents is exactly the same. By the way, the reason it is so scarce in the USA (as noted on the page) is because it was only available in combination with volume 2 in Target stores for a short while. This scarcity does not apply to the European release (I recently acquired it just fine). Why Disney decided to only release 5 DVDs in the USA and 8 in Europe is behind me, just as why the order is completely different (the content seems exactly the same). But Disney has a habit of being confusing in DVD releases: volume 8 of the "Magical World Of Winnie The Pooh" is called "Growing Up With Pooh"... For a good overview of different releases, see this article. I'm happy to provide some background info if required, I own 7 of this series. Unfortunately, I still don't know how to tag other DVD releases with content from The New Adventures of Winnie the Pooh, such as Winnie The Pooh - It's Your Birthday, Un-Valentine's Day / A Valentine for You (while you're moving pages, could you split Winnie the Pooh: A Valentine for You, as it is both about the episode/special A Valentine for You, as well on the DVD, despite that the DVD also contains the episode Un-Valentine's Day), Seasons of Giving, A Very Merry Pooh Year, and Winnie the Pooh's Spookable Fun. Any advice on classification is greatly appreciated. MacFreek (talk) 21:20, October 13, 2012 (UTC)

I meant the wikia navigation bar. An example of a Wikia which IMHO has a great home page and good navigation is Memory Alpha. The topic (Star Trek) at first seems not very Pooh-like, but is also a franchise with television shows and movies. MacFreek (talk) 20:18, October 14, 2012 (UTC)

When I search "Degrassi surveys" on google and this pops up. Gimme credit.

Thanks for the compliment

Thanks for the compliment, Degrassi Fan. I would like to know who Degrassi is, if you don't mind.

Why did you delete my page?

I am a big fan of pooh and I put together information and I find it deleted and labelled "vandalism" Could you kindly explain? Thanks

Are you an administrator? If so, how can I help more.

Hey Cameron, I would like to request for adminship for this wiki. Please accept my consideration, I am an exceptional editor and I'm ready to offer my services here by cleaning up articles. --I'd like your feedback as to whether I was brilliant or simply outstanding. 10:09, March 26, 2013 (UTC)

Robbychamp has been vandalising several pages, I have giving him multiple warnings, but he just won't stop.

Would you mind telling him that vandalism is not tolerated?

How long have you been on this for?

Degrassi-fan-san: I'm looking for free piano sheet music for "Wherever You Are". If you can help, I would appreciate it. Thanks.

Degrassi Fan-san: Thanks for the reply. I'll try that.

Degrassi Fan-san: Not at all. I'm Pakistani. I'm just used to talking to everyone about anime, manga, etc. that I've started using -san with everyone. Also, this way, whether they are male or female, it doesn't matter, and I also get to respect everyone whether they are older or younger than me. Hope this helps.

Degrassi fan-san: I had no idea! I love Naruto, Bleach, Beelzebub, Kuroko no Basuke, Fairy Tail, 07 Ghost, Medaka Box, Kuroshitsuji, Pandora Hearts, and so many more. A manga I was following just ended, Liar Game. It was really great; if you have time, you should definitely check it out.

Since you're Japanese, there is something I was wondering for a long time. What do Japanese people call cartoons like Justice League and Code Name: Kids Next Door in Japan? Are they referred to as anime as well?

Also, if you have any knowledge of light novels, I'm interested in the status of two of them-Itsuka Tenma no Kuro Usagi and Hidan no Aria. I'd like to ask a few things about them if you do know.

If you have any questions for me, please feel free to ask!! Take care.

In those cases, there is a non-canon appearance for Winnie the Pooh who is the new version of their mascot "Pudsey Bear". He's almost the same as Winnie the Pooh for this series, but the face in height is a little lower.Muzzarino 22:22, March 17, 2015 (UTC)

Yes I found that scene to be funny. I am no wikia expert but I have been trying to post pics on Disney wiki explaining those same scenes in Ducktales and the Rescue Rangers. I found pics of those scenes but I don't know how to post them.

Hey there. I just learned that Disney will make a Live Action Winnie the Pooh movie. Alex Ross Perry is writing and directing the movie which would be about an adult Christopher Robin coming back to The Hundred Acre Wood to be with Pooh and all his pals. It will have Live Action CGI elements. Jon Meyer 01:21, July 10, 2016 (UTC)Jon Meyer.

I beg of you to block this vandal of a user named Uptown1989, who kept on claming there is a Twilight character in the New Adventures of Winnie the Pooh.  There is no such character there, so it's vandalism!  Please do something about it!Jeff Meredith (talk) 22:59, April 2, 2018 (UTC)

DerrickSheldon24 (talk) 20:43, July 31, 2018 (UTC)You see, there's an article of a fake video called Sing A Song Rhythm Beat because that's not a real video and it has 7 songs that are also fake and here's the article, https://pooh.wikia.com/wiki/Sing_A_Song_Rhythm_Beat

DerrickSheldon24 (talk) 18:44, August 3, 2018 (UTC)You see, there's an article  of a fake video  called Sing A Song Rhythm Beat because that's not a real video and it has 7 songs that are also fake and here's the article, https://pooh.wikia.com/wiki/Sing_A_Song_Rhythm_Beat There's also an article called Sing A Song Forever Friends which is also fake, https://pooh.wikia.com/wiki/Sing_A_Song_Forever_Friends because 6 of these songs on that are fake

Please block Uptown2018. They have deleted all content on Madeline and Winnie the Pooh (Character). Thank you.

Retrieved from "https://pooh.fandom.com/wiki/User_talk:Degrassi_Fan?oldid=37388"
Community content is available under CC-BY-SA unless otherwise noted.